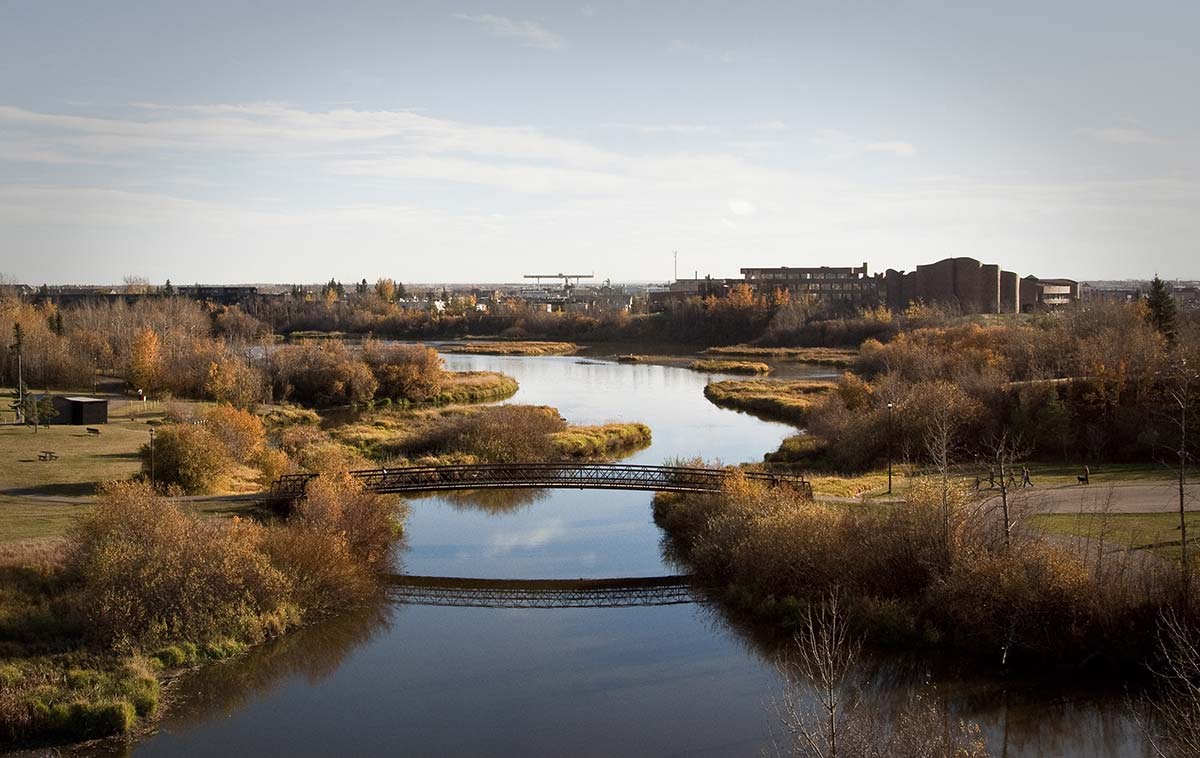 PVI consists of three long standing offices across the Peace Country. These offices are located in Grande Prairie, Sexsmith and Spirit River. Each of our offices have experienced insurance brokers for Commercial, Personal and Farm Insurance needs. 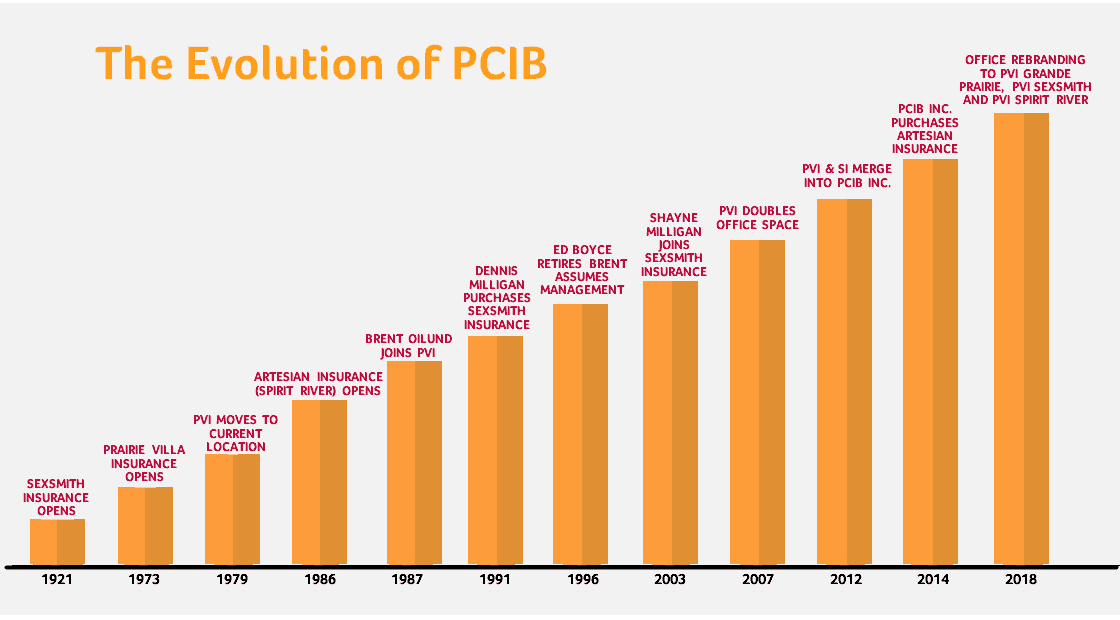 The Evolution of a LOCAL Brokerage

Every business has a story.  Our story has evolved over time with the courage of our founders and the dedication and knowledge of those that have followed.  That coupled with an amazingly talented group of people over the years that we refer to as employees, we are very proud of our story and even more proud that we are still a locally owned and operated Brokerage for our clients!

Ed and Joyce Boyce moved the Grande Prairie from Central Alberta and purchased Richmond Insurance (a division of Richmond Realty) in 1973.  Prairie Villa Insurance (PVI) evolved in 1976 and opened the first office in the Prairie Mall.  This successful company grew and in 1987 Ed hired Brent Oilund as a broker. Brent has worked at PVI since, eventually becoming the Managing Partner. Brent and Cindy Oilund, (Ed and Joyce’ daughter and bookkeeper since 1993) officially became partners in 1996.  Ed retired soon after.   Sadly Ed Boyce passed away in 2010. Joyce Boyce then sold the remaining shares of PVI to Brent & Cindy Oilund in 2011.

Significant changes occurred in 1993 when The Licence Centre was opened and Cindy joined the company as bookkeeper for both divisions.  Cindy eventually purchased The Licence Centre in partnership with the Office Manager Joyce Drysdale in 2000.  Cindy continued to provide bookkeeping support to both PVI and The Licence Center until The Licence Center was sold in 2016.  At this time Cindy began training Vickie Milligan, in preparation for her retirement in2017. Vickie continues to oversee the financial management of the company.

As PVI continued to evolve, in October of 2012 a holding company was formed, Peace Country Insurance Brokers Inc.(PCIB). The operating company was established to allow for the merger of Sexsmith Insurance Ltd. with Prairie Villa Insurance Ltd and soon after Artesian Spirit River Insurance was purchased.

Brent had a goal to maintain the local brokerage concept.  In order to do so he started looking for a person he could train to allow for continued growth of the business and to diversify the management functions of the operations.  Talks with Dennis Milligan of Sexsmith Insurance began; who had similar goals.

Sexsmith Insurance has been in existence since 1921. Dennis and Marcie Milligan purchased the business in 1992 and their son, Shayne Milligan, joined the firm as a broker in 2001, working with Dennis and became a partner in 2010.  Dennis too was looking to the future.  The merger allowed each to fulfil their goals.

To ensure a smooth transition, Dennis Milligan agreed to stay on for one year to manage the Sexsmith Office and Shayne Milligan agreed moved to the Grande Prairie PVI office to continue his training under Brent Oilund and to learn the ropes at PVI; the larger of the two organizations. They continued their growth with the addition of Artesian Insurance Spirit River in 2015.

Shayne is currently the Managing COO, Brent is the CEO who has retired from office but is fully active in the operations of the business.  Dennis retired in 2013.  They now provide employment to nearly 40 employees.  They have benefited from the dedication of several long time employees.  These dedicated employees have been instrumental in their growth.  They strive to be “the Place to Work” in the Industry and are always looking for ways to improve the positive workplace Culture they have worked hard to create. 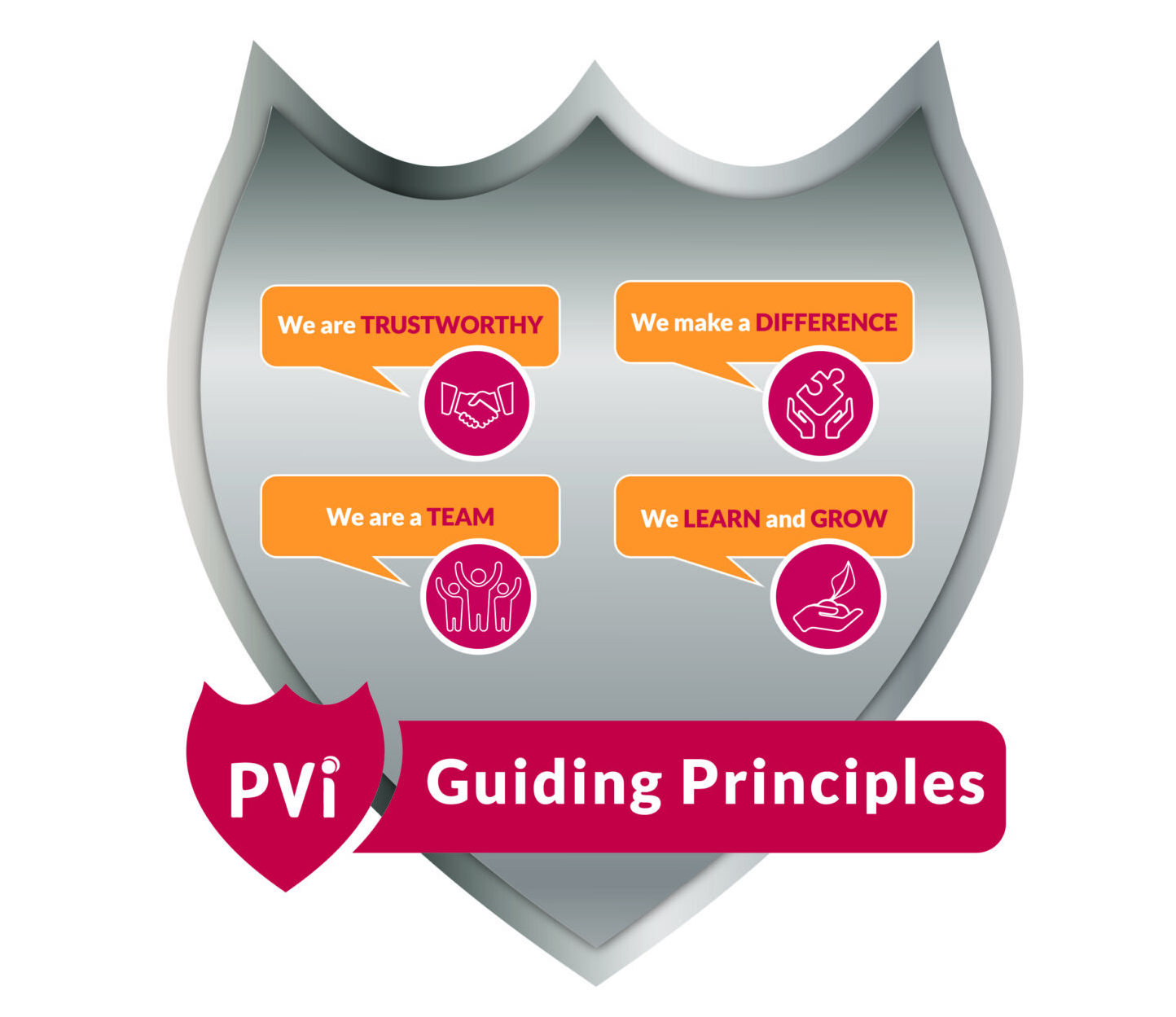 We are trustworthy – We do as we say.

We make a difference – We go beyond client expectations and always deliver an outstanding experience.

We are a team – We support and trust each other. We are positive. We accept our individual and team responsibilities and meet our commitments. We mentor and reach out to share knowledge and skill with others.

We learn & grow – We embrace change and the opportunities it creates, encourage innovative thinking and seek to improve. We encourage continued learning in a way that is mutually beneficial to the individual and the company.

Contact us and one of our brokers will be happy to assist you.